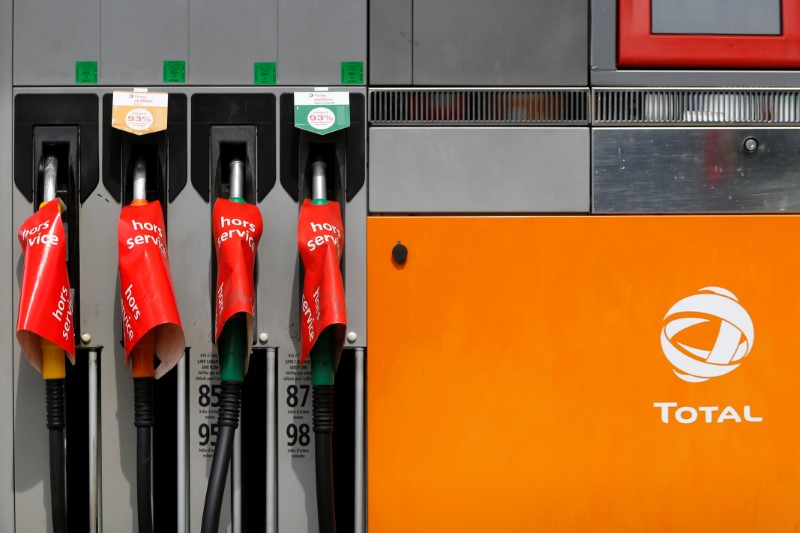 Investing.com — Crude oil prices weakened on Thursday as concerns about the continued rapid spread of Covid-19 in India and South America in particular cast a shadow over the global demand outlook.

U.S. were down 0.7% at $1.9380 a gallon, and have now lost some 3.5% since the start of the month. They underperformed on Wednesday after a shock 4 million barrel increase in U.S. gasoline inventories sowed doubt about the strength of U.S. demand.

“A huge build in road fuel stocks is not what the market was expecting and concerns over the speed of the oil demand recovery resurfaced,” said Rystad Energy analyst Bjornar Tonhaugen, noting that the expected boost to mobility from the Easter weekend had failed to materialize.

Such weakness needs to be put in perspective, admittedly. According to Patrick DeHaan, an analyst with Pay With GasBuddy, American spent over twice as much on gasoline on Wednesday as they did a year earlier, when prices were only slightly higher, but the whole country was going into lockdown.

An additional concern has been the demand outlook in India, which registered new record highs for the number of Covid-19 cases on both of the last two days. Infection rates have multiplied tenfold since the end of February in a market that is the world’s second-largest net importer of crude.

Reuters separately reported a draft Russian government document suggesting that it expects the impact from the pandemic on global oil demand to last perhaps until 2024. The document also warned about the risk of Russia losing market share due to its ongoing cooperation with OPEC in keeping productive oil capacity idle in order to balance global supply and demand.

The gradual increases in supply agreed for the next three months at last week’s OPEC meeting have been one of the main reasons why prices have been unable to hold above $60 this week.

Elsewhere, there were reports of a serious fire at the Penglai offshore platform operated by China National Offshore Oil Co and ConocoPhillips (NYSE:) in the Yellow Sea off north-east China. Further details of the fire weren’t known. The field produced some 30,000 barrels of crude a day last year, according to Petroleum Argus.