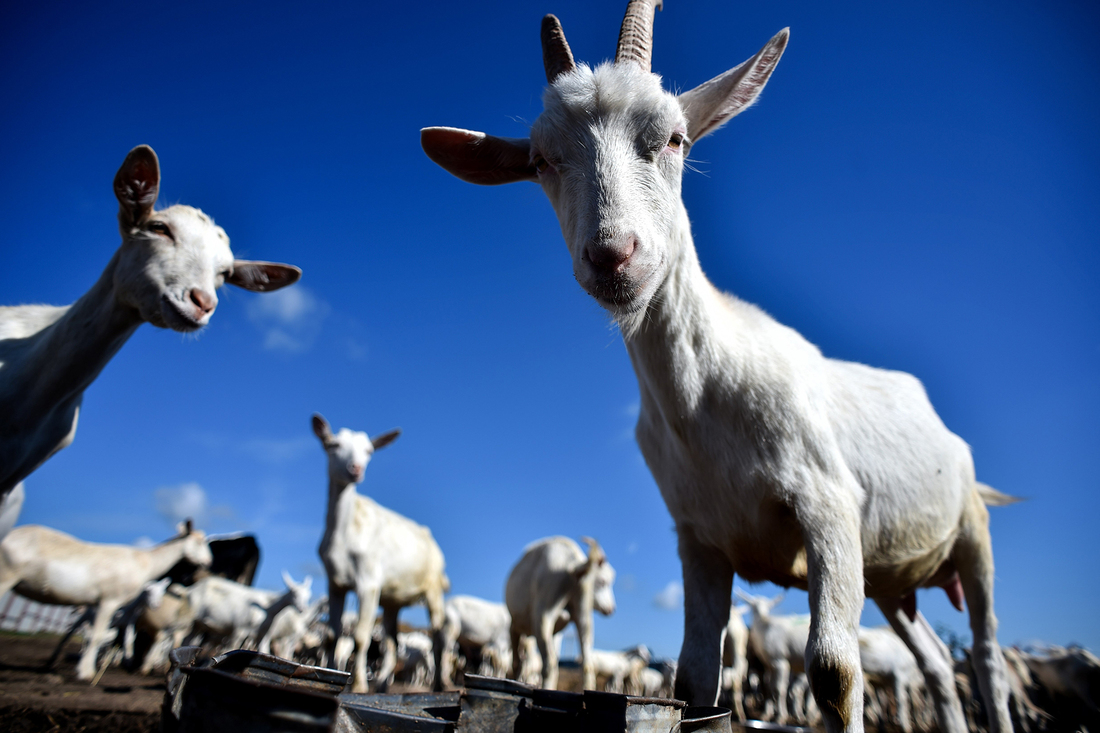 A herd of goats in Russia ponders … well, we can’t really know what they’re pondering, but it’s a safe bet they’re interested in finding something to eat. 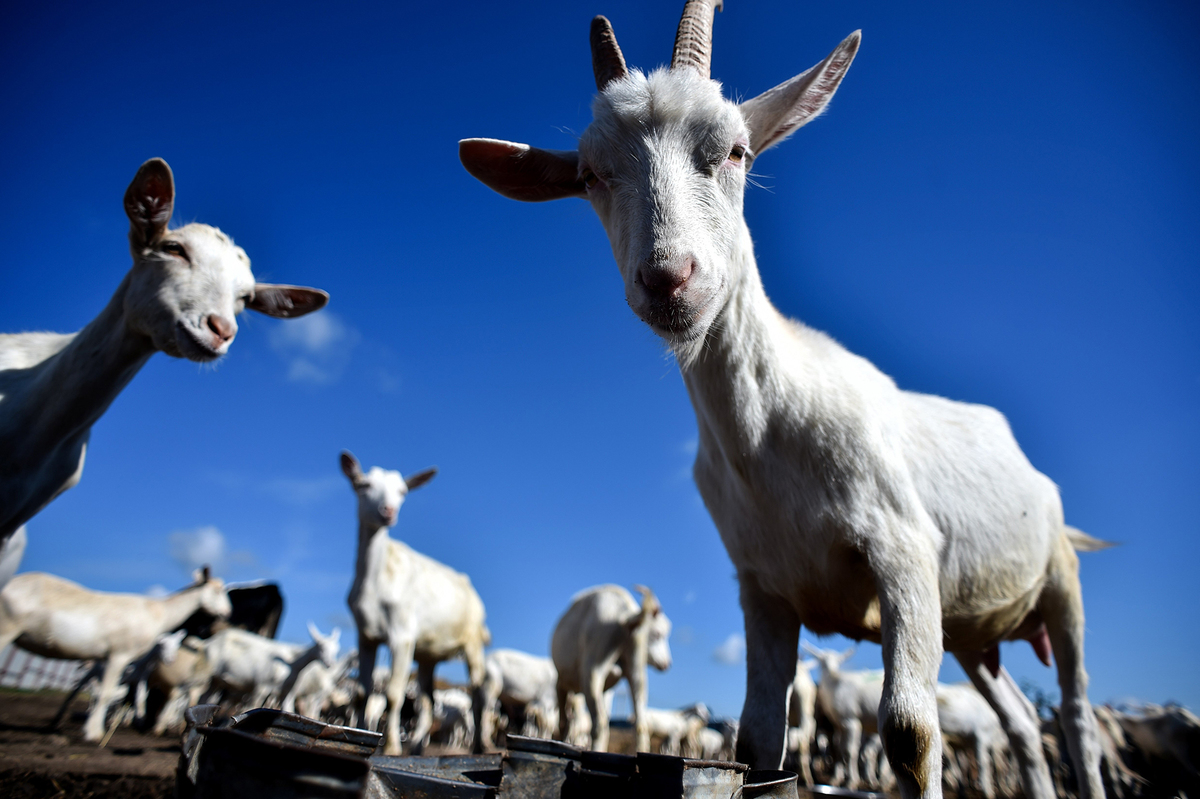 A herd of goats in Russia ponders … well, we can’t really know what they’re pondering, but it’s a safe bet they’re interested in finding something to eat.

Why do animals — including people — behave the way they do?

A new study on this pressing topic, published this month in Royal Society Open Science, reveals an interesting insight into goats — and perhaps humans as well.

Daniel Sankey, who researches animal behavior at the University of Exeter, and Andrew King, associate professor of biosciences at Swansea University in Wales, wanted to follow up on a classic 1996 study of buffalo that drew a rather surprising conclusion (at least to those who don’t give much though to animal behavior).

The buffalo researchers determined that a herd of buffalo will “vote” on which way to go based on a kind of body-language ballot system — if, say, 3 animals are turned to face the lake and 1 is turned to face the meadow, the buffalo will monitor the various directions the bodies in the herd are facing and go with the majority. So the study says that the buffalo would calculate the “average orientation of the whole herd” in their heads to decide where to go, says Sankey. I spoke with him about that study and his study.

That does seem a little hard to believe about buffalo. Kinda crazy.

Oh, it does sound absolutely mad!

Ever since that paper came out everyone is talking about [the buffalo study] all the time and citing it and saying how amazing it is.

But you thought there might be a simpler explanation for how animals decide which way to go? And you decided to do an experiment with goats?

We didn’t have the budget to test this idea on buffalo. But a herd of goats is great. You can put collars on the goats with GPS tags.

And you worked with…

In the United Kingdom, where you live?

So you have these 10 goats wearing GPS collars.

One of our team was with them to make sure they didn’t go off with all the collars or anything. You can imagine someone stumbling upon a herd of high- tech goats.

But the human did not tell the goats where to go?

Yes, trying not to influence their behavior, not shepherd them, for example.

When the goats stopped for a while, had a graze and had a rest, then they got up and went, we learned that the process [of deciding what to do and where to go] is a democratic process. We didn’t find any leadership. No goat was dominating these decisions of where to go. So we rejected the hypothesis that movement was based on signaling votes. It was more consistent with simple copying movements. It didn’t matter if you were a dominant goat. One goat would head off, the others would follow. 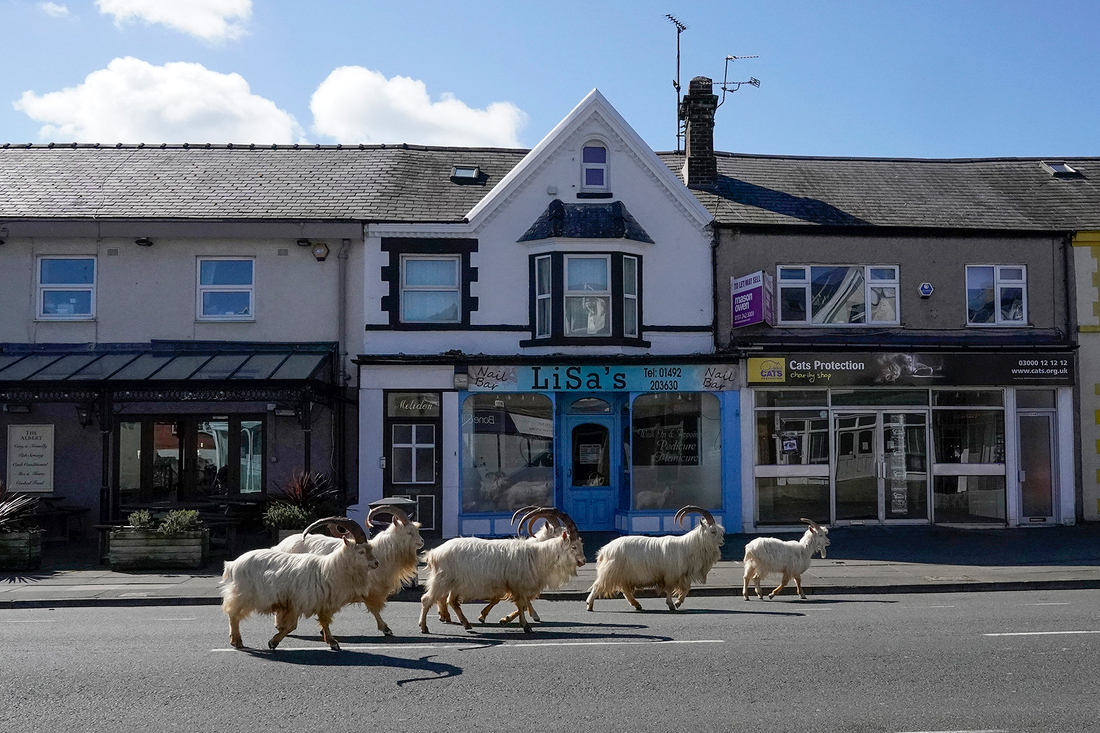 How did these mountain goats decide to take a stroll down the streets of Llandudno, Wales. One theory is that the lack of tourists due to the pandemic made the streets seem more … enticing? And all it probably took was one curious goat to set the herd on its path to town. 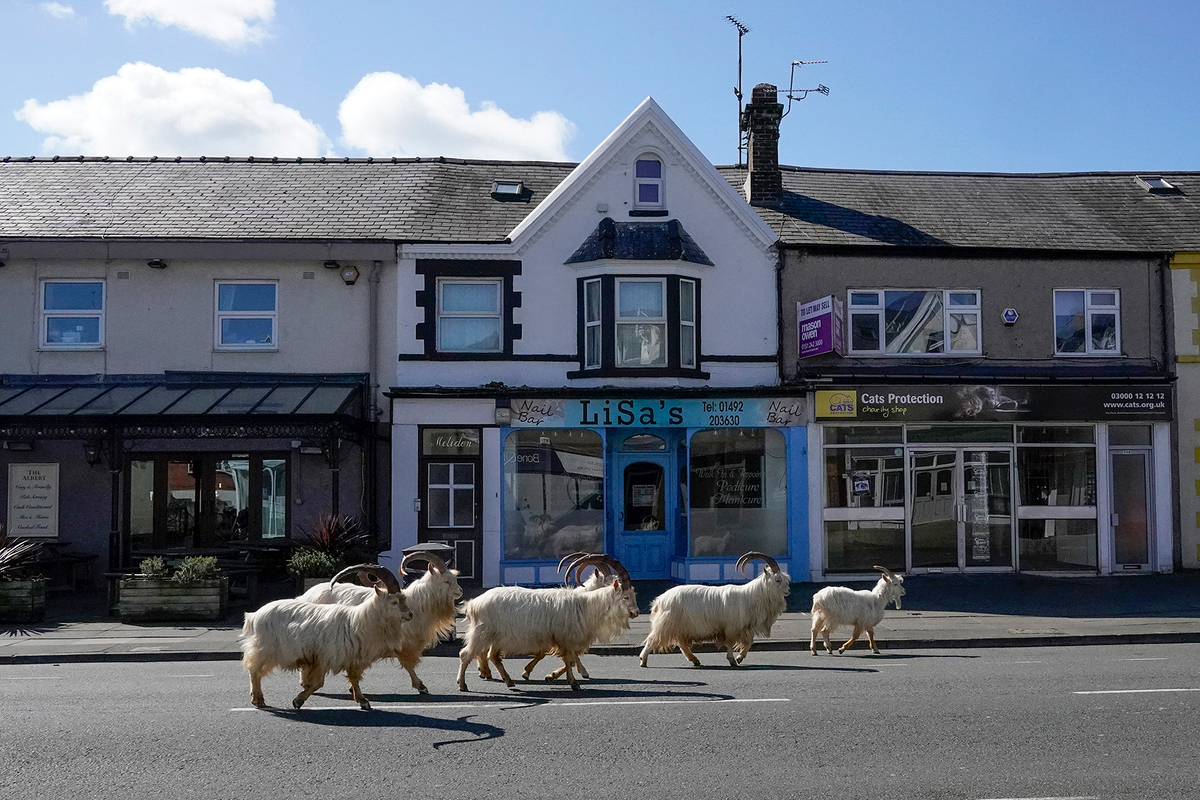 How did these mountain goats decide to take a stroll down the streets of Llandudno, Wales. One theory is that the lack of tourists due to the pandemic made the streets seem more … enticing? And all it probably took was one curious goat to set the herd on its path to town.

It was a really barren landscape, barely any food around. If one goat heads off in a particular direction with a bit of intent, the other goats will say, “Maybe that goat knows something I don’t, probably better to follow right now.

Of course you can ask people about their decision-making process for confirmation but goats are another story.

You can’t really ask animals any questions. But we did a proper analysis and found there was no sort of hierarchy of influence for the goats. They would follow in another goat’s footsteps.

So is it a stretch to say, hmm, that the way goats behave might have things in common with the way humans make decisions about a variety of things. Like … vaccines.

You could probably model it to a high degree of certainty that someone’s view [about whether or not to get a vaccine] is going to be based on the fact that they found out ten of their Facebook friends are anti-vaccination and only one of them is pro.

So in other words, just as goats will follow a single-minded goat, people will too?

I think humans could be more easily influenced than we think and could follow simple rules when making collective decisions. Yes, if someone walks off really intently or starts to run, we follow them. Following the herd, I guess.

What March’s Virgo Horoscope Predictions Mean for You

Grayscale’s Bitcoin premium has dropped to record lows below zero

OPINION: In COVID Vaccine Talks, Doctors Should Be More Candid With Patients : Shots

More Women Are Getting The Coronavirus Vaccine Than Men

Pandemic Points Up Hypocrisy Of Global Health ‘Experience’ : Goats and…