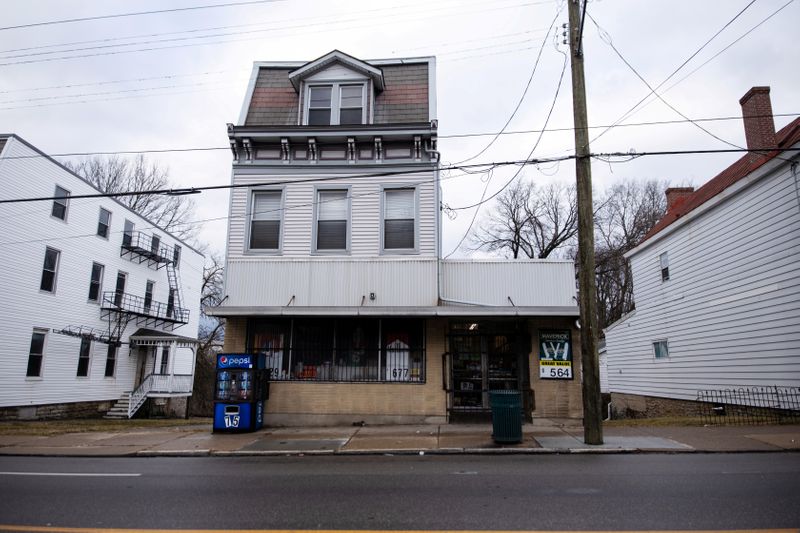 By Tim Reid and Daniel Trotta

(Reuters) – Prosecutors investigating the shooting death in Ohio of an unarmed Black man by a white store owner are re-examining two earlier robberies they had linked to the dead man, in a case his family wants investigated as a federal civil rights violation.

Hamilton County Prosecutor Joseph Deters announced in December that no charges would be filed against the store owner who shot Da’Shawn Tye, 19, after concluding that Tye was attempting to rob the store for a third time and that the owner feared for his life.

Tye’s family contends there is no evidence their son acted improperly on Nov. 19 or that he was the robber at the Mages Grocery in Cincinnati on Aug. 8 and Nov. 14.

No weapon was found on or near Tye, according to the family’s attorney Fanon Rucker. In January, Rucker asked the U.S. Department of Justice to open a civil rights investigation into the case.

The Chief Assistant Prosecutor of the Hamilton County Prosecutor’s Office, Mark Piepmeier, told Reuters he has asked the Cincinnati Police to re-investigate the earlier robberies.

“I asked the Cincinnati Police department to do a complete investigation of the earlier robberies as if Tye had lived and we were going to prosecute him for those robberies,” Piepmeier said in an email on Monday.

“This is being done to satisfy his family that he had done the earlier robberies and that is why the storeowner was justifiably in fear when Tye appeared on the day of the fatal shooting.”

Tye’s family says their son is not depicted in the two still images of the earlier incidents shown to them by Cincinnati homicide detectives. Prosecutors have refused to release those images to the Tye family’s lawyers or the public, citing the ongoing investigation.

The store owner, Michael Mages, 60, has referred questions to his attorney, Erin Moore. In an email, Moore refused to comment “while there is pending or the potential for investigation or litigation.”

The Justice Department has acknowledged receiving the family’s request for a probe, but has not commented further.

Why Do Physicists Say A Multiverse Has To Exist?

Best laser printer: For the home or for your office

As a Taurus I relate to Hobbits so much.

Minecraft Dungeons’ Flames Of The Nether DLC Pack Is…

Finding Yourself and Your Community when You Are Black in…

Feb 25, 2021
We use cookies on our website to give you the most relevant experience by remembering your preferences and repeat visits. By clicking “Accept”, you consent to the use of ALL the cookies.
Cookie settingsACCEPT
Manage consent